We make it our mission to provide doctors, specialists and assistants the best dental implant training possible with genuine enthusiasm and great precision. It is our goal to maintain an open environment where dentists can continue their education, and obtain new and valuable skills through our teaching and mentorship.

ITC CARES is a 501(c)(3) tax-exempt nonprofit organization. Donations are tax-deductible to the extent allowed by law. ITC CARES tax ID number is 84-4216136. 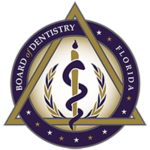 ITC Seminars is an ADA CERP Recognized Provider. ADA CERP is a service of the American Dental Association to assist dental professionals in identifying quality providers of continuing education. ADA CERP does not approve or endorse individual courses or instructors, nor does it imply acceptance of credit hours by boards of dentistry.